10 reasons why learning the French language is an advantage

1. Learning French requires discipline. You learn grammar, sentence structure, vocabulary, humour and so much about other people and cultures.

2. Today's students have more exposure to the global realities of our planet. They know that linguistic diversity, including the study, use and expression of French, is not going to disappear.

3. Language is about discovering new worlds where ideas, knowledge and communication are widespread.

4. Knowledge creates happy and satisfied people who improve their lives and contribute to society.

5. Nobody ever regretted the opportunity to learn French but we do, however, hear people say all the time that they wish they had learned it when they were younger. Make sure your children don’t have any regrets

6. In addition to developing a lifelong ability to communicate with more people, children may derive other benefits from early language instruction, including improved overall school performance and superior problem-solving skills.

7. Knowing both French and English ultimately provides a competitive advantage in the workplace by opening up additional job opportunities here in Canada and around the world.

8.  Statistics show that students of a second language score higher on standardized tests conducted in English.

9.  French is the official language of 33 countries and is spoken in 50 countries around the world. 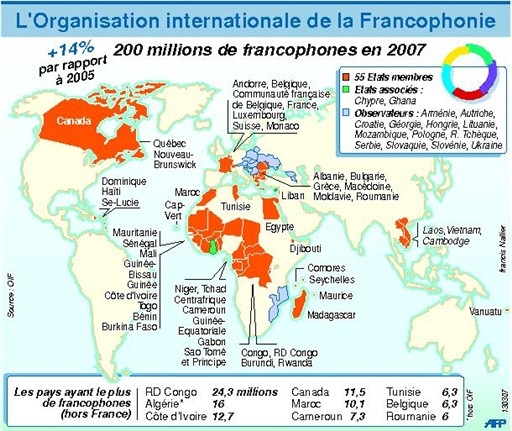