For 9 years now festival Cinergie has showcased Francophone films, shorts and features from around the world, sub-titled in English. After a screening at the historic Broadway theater, you can grab a treat and explore the streets.  Le festival Cinergie and the Broadway Art Fest are teaming up to host to the first ever bilingual festival of film, light and art in western Canada.

The street atmosphere will be hopping in Broadway`s heritage district with outdoor projections, live music, art sales, light shows, youth programming, and cinema showcases. Tons of activities for people of all ages present the arts and cinema in an engaging way, helping participants discover filmmaking and art for themselves.

National Film Board of Canada

The National Film Board of Canada (NFB) offers an online viewing space showcasing over 3000 productions. The films on the website can be viewed for free, rented on demand or downloaded at a low price for personal use. The NFB equally offers educational productions for schools and institutions.

The RPL Film Theatre screens the best of world cinema – up to 15 films a month. The Film Theatre has “something for everyone” and is the only cinema in the city to consistently present critically-acclaimed contemporary and alternative cinema: Canadian, foreign and independent films and documentaries. As well, the RPL Film Theatre is the only place in Regina to present to sell-out crowds the wildly popular Cannes Advertising Awards. 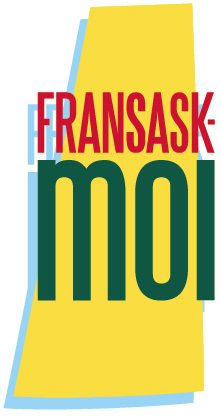 The Fransask-moi website is a collaborated work aiming to gather the various contributions of members of the Fransaskois community. The site's main objective is to accumulate all forms of projects and medias from users to emphasize the our rich Fransaskois history, as well as to keep the gallery updated. The site includes a informative and cultural video gallery available to be viewed by all.

The website is a social network and anybody with an account can upload and share medias relevant to art, sport, music, and Fransaskois culture in general.