The Fransaskois flag was the first francophone flag in western Canada. It was chosen in 1979 by means of a provincewide competition sponsored by l'Association jeunesse fransaskoise, an organization that represents the French speaking youth of Saskatchewan. This flag was declared an official symbol of the province of Saskatchewan in 2005. 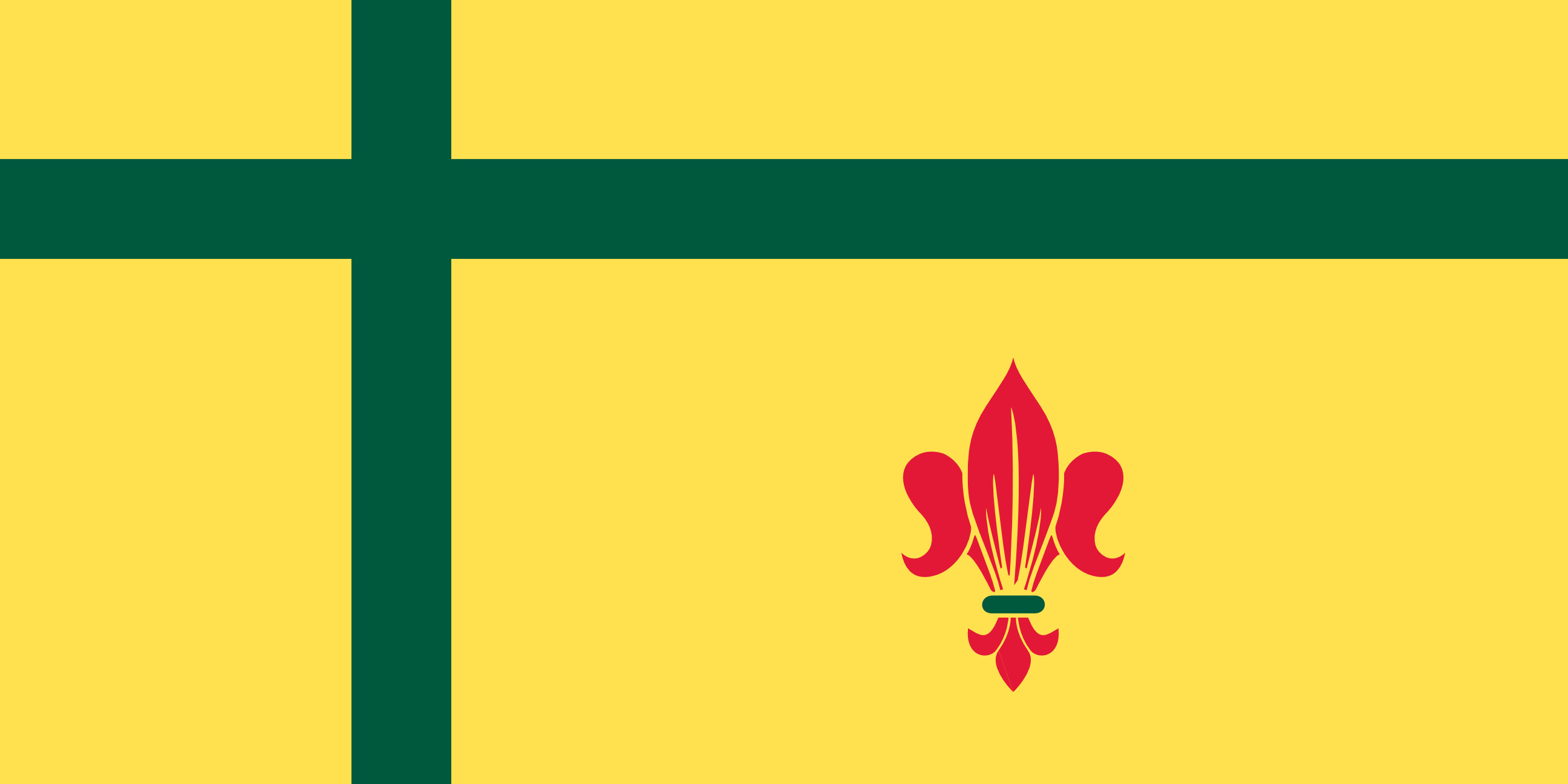 The Fransaskois flag's golden background symbolizes the wheat fields of southern Saskatchewan. Most of the French speaking pioneers settled in rural communities and made their living from the land.

Green represents the forests of the north. The cross reminds us of the support of the Roman Catholic Church and its clergy in the early development of Saskatchewan’s French Canadian community.

The fleur-de-lis represents the French heritage. The graphics of this particular fleur-de-lis are directly inspired by the design found on the Metis provisional government flag of 1885. Red represents the determination of the Fransaskois to keep their language.

The Fransaskois Flag can be seen at francophone schools, community centres and in a number of francophone communities where significant contributions by the population have been recognized by the province. These locations are, Duck Lake, Ferland, Saint-Denis, Gravelbourg, Zenon Park, Bellegarde, North Battleford, Regina, Saskatoon, Ponteix and Prince Albert.